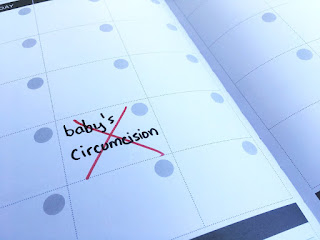 On my Facebook news feed, I'm seeing many posts to the effect of "What is something good you think is coming out of this coronavirus pandemic?"

That's rather tough to answer.

Who wants to talk about "the positives" when this virus is infecting and killing thousands?

But I must say that, from an intactivist's perspective, there is a bit of a silver lining, if but, perhaps, a short-lived one.

Something else that caught my eye on my Facebook news feed is news that elective surgeries in the United States are being postponed if not canceled in order to preserve equipment such as masks, avoid patient infection, and ensure adequate medical personnel for responding to COVID-19 patients. Some new parents have been surprised to find that their providers currently aren’t performing circumcisions.

As I've mentioned before, recently I haven't had the time to pay the attention I'd like to give the intactivist movement, and thus write more thought-out articles, so, at least for a while, my posts are going to be short.

Other organizations and groups meant to disseminate information regarding anatomically correct male genitalia and correct care of male babies with unaltered genitals in a circumcising culture such as the United States, have sprung up, making the task of raising awareness and educating the masses less daunting.

Eventually I'd like to sit down and update my page of organizations.

One such organization I'm seeing more and more of on Facebook is a group called "Your Whole Baby."

I found out about this coronavirus development because somebody posted a link to an article on their blog. The links in my blog were taken from them, so I'd like to give credit to them by linking to that article, accessible right here.

Times are tough, but at the very least, I think that less baby boys having part of their penises needlessly, at least for now, is a good thing.

Perhaps more parents will use this opportunity to think about something they would normally wouldn't give a second thought to.
Posted by Joseph at 7:02 PM 1 comment:

DETROIT: FGM Now Legal in US 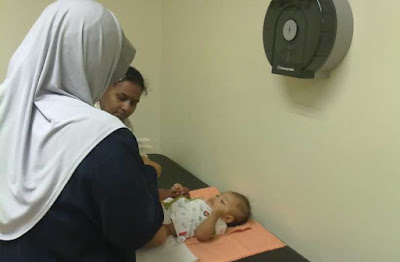 I had been following the Detroit FGM court case (see related posts below), and it seems the case has finally reached it's conclusion:

According to The Detroit News, the most serious remaining charge against the doctor accused of FGM has been dropped, adding the final nail in the coffin for the federal ban on FGM of 2006.

I'm disappointed, but not surprised at the results.

Americans would rather sacrifice the rights of baby girls on the altar of "religious freedom" rather than bring that elephant in the room, the forced genital cutting of baby boys that happens 3,000 times a day, into question.

I'm just going to close with the statements and questions I usually ask:

Without medical or clinical indication, can doctors be performing non-medical surgery on healthy, non-consenting individuals?

Much less be eliciting any kind of "decision" from parents?

How far are doctors expected to comply with "parental decisions?"

The risks of male infant circumcision include infection, partial or full ablation, hemorrhage and even death.

(Exact statistics on either male or male infant circumcision are unknown because those who perform them do not collect or report them, and governments do not require them to because they want to avoid being seen as "infringers of religious freedom.")

How is any of this conscionable given that male infant circumcision is non-medical, non-therapeutic?

Rough times lie ahead, but I am confident in that the truth cannot be hidden long.


"Do nothing secretly; for Time sees and hears all things, and discloses all." ~Sophocles


Perhaps this decision being handed down during the current coronavirus scare was strategic; people are distracted by the current pandemic.

But it doesn't matter.

"Truth suppress'd, whether by courts or crooks, will find an avenue to be told. During wartime it takes longer."--Sheila Steele