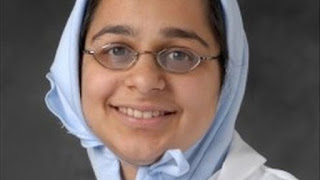 Intactivists had been watching this case closely. We knew that what was riding on this case, what the possible outcomes, and what their implications were. We knew that whatever the outcome would be, it would be a landmark decision, and progress in the fight for basic human rights.

How far can "religious freedom" and "parental choice" justify the needless cutting of flesh in healthy, non-consenting minors?

This was it; the one case that would finally address this question.

Either "religious freedom" and "parental choice" could be used to justify the needless cutting of flesh in healthy, non-consenting minors, or it could not.

You cannot have it both ways.

Recapitulation
In March, 2017, one Dr. Jumana Nagarwala was charged with performing female genital cutting on two girls from Minnesota on February 3rd, 2017, at a Livonia clinic owned by one Dr. Fakhruddin Attar. She had been doing this for 12 years, and if found guilty, would have faced life in prison for violating the Female Genital Mutilation Act of 1996.

This was, unless, the doctor could prove that what she did wasn't "mutilation," but "benign religious procedure," which she and her defense lawyers were already trying to allege, or unless the federal ban could somehow be thwarted, since, under the ban, all cutting of female genitals, great or small, constitutes "mutilation."

The outcome of this case would have far-reaching implications, particularly in the case of another alleged "benign religious procedure."

Who was on the case, and why would it matter?
Who the doctor's defense lawyers were is important to note because it would appear that they had personal stake in the matter.

According to Morganroth, they were hired "to protect the people charged and to represent the religious organization."

Alan Dershowitz is Orthodox Jewish, and Morganroth is a Jewish surname.

This is important because male infant circumcision is seen as divine commandment in Judaism, and it has been a highly contested practice for the past two millennia.

A negative outcome in a case against a physician performing non-medical genital cutting in children at the request of religious parents would mean the legality of Jewish circumcision would be put in question.

Of course, the defense of a client is the duty of any lawyer, but for these lawyers, the outcome would mean a bit more, and so they would see to it that it would result in a favorable one for them.

Religious Freedom or Basic Human Rights?
A year ago, I said that the outcome of this decision would be a landmark decision either way.

On the one hand, upholding the federal ban on FGM would mean a loss for this doctor, and it would mean not only that what she did was illegal, it also meant that the legality of Jewish circumcision would be brought into question.

It would mean that parents couldn't just do abusive things to their children and get away with it under the cloak of "religious freedom."

On the other hand, a landmark win would mean  a win for "religious freedom," and the legality of Jewish circumcision would remain unquestioned.

A year ago, I also warned that such an outcome might result in the Federal FGM Ban of 1996 being struck down, opening the door for other forms of FGM, and possibly other abusive practices, to be legally performed in the US. 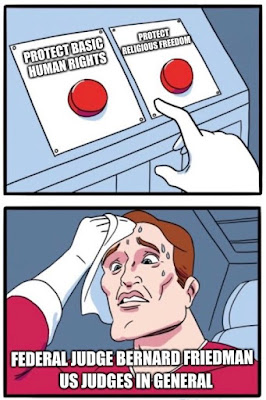 Today, we read about the outcome of this case.

History Made
So what was it going to be?

The protection of "religious freedom?"

Or the protection of basic human rights?

The powers have decided "religious freedom" must be protected at all costs.

On November 10 of this year (2018), the charges against Dr. Jumana Nagarwala were dismissed, precisely because the judged declared the federal ban against FGM "unconstitutional."

The judge deciding this was none other than US District Judge Bernard Friedman. 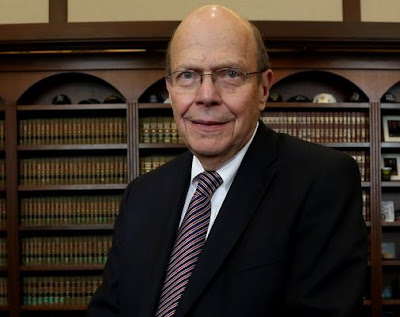 I must say, with a name like "Friedman," I'm really not surprised.

There is not a doubt in my mind that the unstated reasons the judge ruled this was precisely to protect male infant circumcision.

But to me, it really doesn't really matter; those who wanted to prevent a legal precedent that would invalidate "religious freedom" and thus place male infant circumcision under scrutiny from occurring, found a way to invalidate the Female Genital Mutilation Act, just as I predicted they would do a year ago.

I have always said, and continue to say this; either religious freedom and parental choice can be used to justified the forced cutting of genitals of children, or it cannot. It can't be had both ways.

The Ramifications of This Decision
I don't know about other intactivists, but I for one, welcome this decision.

Had the judge upheld the federal FGM ban, it would have merely prolonged the grace period for male infant circumcision. The fact is that most, including activists against female genital mutilation, would laud the decision as the "correct" one, and life would have continued business as usual.

Perhaps this judge inadvertently gave this conversation a push in the right direction.

The topic of the extent of "religious freedom" and "parental choice" is going to be a lightning rod for conversation.

In the past, activists against FGM and advocates of male infant circumcision alike were able to dismiss the topic "because they're not the same." Still others would hem and haw and hoped that the conversation would just go away.

Dismissing and ignoring is no longer a choice.

Sitting on the fence is no longer an option.

We intactivists have been saying for years that laws against FGM would not stand unless male infant circumcision were addressed. We were attacked by FGM activists for it. Now, exactly what I and others have predicted has come to pass.

This decision has propelled this topic from its usual position as the elephant in the room, to the forefront of conversation.

It can no longer be said that "male and female are not the same," because thanks to this legal precedent, male and female forced genital cutting are on the same tier.

The firewall between male and female forced genital cutting has been officially knocked down.

Anti-FGM groups will now have a decision to make; either recognize basic human rights for both boys and girls, or watch their movement crash and burn.

The conversation can no longer be dismissed on the grounds that the forced cutting of one sex is more or less "severe" than the other, because that's neither here nor there.

Either "religious freedom" and/or "parental choice" justifies the forced cutting of the genitals of healthy, non-consenting children or it does not.

Ultimately the question is this:

What is more important?


You cannot have it both ways.

We are going to have to choose once and for all which it will be.

What's it going to be, FGM activists?

What's it going to be, world?